Flying Blue, the combined frequent flyer program for Air France and KLM, slashes award rates on a handful of routes at the start of each month. They're called Flying Blue Promo Rewards. And February's offerings can get you to from Boston to Europe and back from just 23,000 miles round-trip.

Through the end of February, you can book flights to Europe in economy from Boston (BOS) for 50% off normal rates, and in premium economy for 25% off of normal rates. These discounted flights are on sale now for travel from April 1 through May 31, 2020. So you've got a few months to plan your impromptu European vacation, but you'll want to book fast as the best deals disappear fast.

There are also deals for premium economy and business class fares from Mexico City, Toronto, and Calgary. All said, this is an ok list, but certainly not the best we have seen with these monthly Flying Blue Promo Rewards. However, if you are in Boston, this is certainly an affordable way to cross the pond. These flights are now bookable to Amsterdam (AMS) or Paris-Charles de Gaulle (CDG) and dozens of other cities throughout Europe – often for even cheaper rates. And these low rates are eligible for travel from April 1 through May 31, 2020. And if you are in Boston, it's a great way to use miles to get to Europe during the spring. Just be sure to book by Feb. 29, when these rates expire.

The real beauty of these sales is that they're not just good for flying into major European cities. You can get these rates by flying into other European cities beyond Air France and KLM's respective hubs. And considering those are the spots that typically cost the most when paying cash, that's what makes these Promo Rewards deals shine.

You've technically got until the end of February to book flights at these rates, but you may want to act faster – award availability could dry up faster for some of these deals. The one hitch with Flying Blue is that they pass on some sizable cash fees when flying in and out of Europe. Expect to pay $100 to $250 on a round-trip economy flight, depending on which European airport you're using. For business class, it's closer to $530 in cash fees for a round-trip booking.

And while those are certainly steep, and could make flying economy not worth the price. But it could be worth it to get to a smaller European city that isn't getting some of the amazing flight deals we've seen to major hubs in Europe lately. That's especially true for business class fares, which would typically cost $5,000 or more. 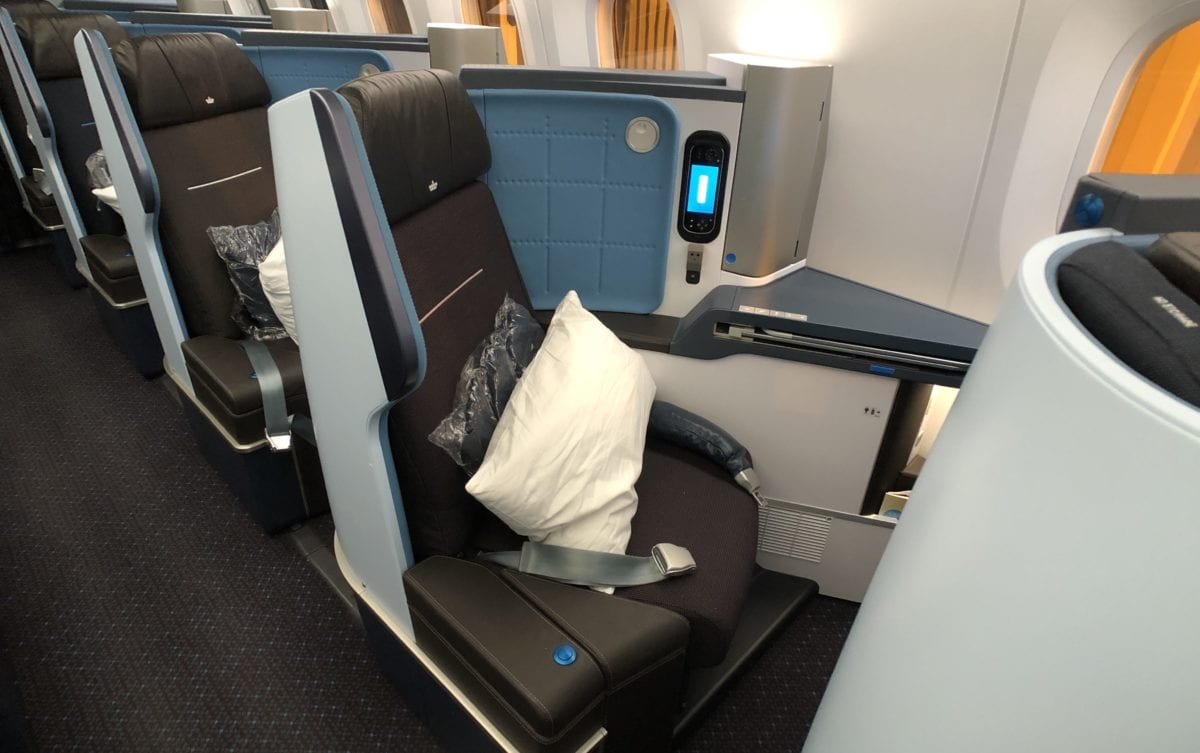 Flying Blue took a page out of Delta’s book and implemented a variable award pricing system, where award rates for flights can fluctuate wildly. That's good news and bad news.

Among the upsides is their Promo Rewards, this monthly list of discounted travel opportunities between Amsterdam (AMS) or Paris (CDG) and the rest of the world. But this promo takes it even further by expanding the discounts to cities throughout Europe.

If you don’t have the miles in your Flying Blue account, don’t worry. Flying Blue miles are among the easiest in the world to accumulate.

If you're in Boston, and a trip to Europe is on your mind, don't sleep on this promotion. While you've got until the end of February to book, the best of these deals may disappear fast. Book soon to snag the best award availability!